A fairly bright reaonably strong CTC from the Dooars and Terai region, this tea has a clean black dry leaf and produces a coloury bright cup.
Be the first to review this product
SKU
C/1584/21 "Jayantika Tea Estate is located in the Terrai region of India and falls between two international borders – Nepal on the north west and Bangladesh on the south east. The garden has rolling topography and few jhoras (small hill streams) pass through its area. Jayantika is the last tea garden on the Terrai plateau and is followed by sprawling paddy fields and pine apple gardens. This Garden was originally named Sahabad derived from family name of the Saha family, the erstwhile Zamindars from Jalpaiguri in West Bengal who planted the garden in the year 1929 in very adverse conditions. The Laboures were brought from Ranchi and Chota Nagpur. This part of the country before independence was undeveloped and known as Kalapani on land. This area was full of wild life and infested by disease like Malaria, Dengue and Kala Azar. During Colonial regime many rebellions were dumped here. This area also had a convict hanging place presently known as Phansidewa. In the year 1989, the name was changed to Jayantika Tea Estate. The garden was acquired by Jayshree Tea and Industries Ltd. in the year 2008. This part of the tea growing area has very erratic weather conditions and the garden faced acute droughty conditions due to shrinking of rain distribution. Jayshree Tea management took number of measures like: Creating a good irrigation system to ensure adequate water to bushes. A part of tea area was planted with Assam broad leaf seed stock, teas made out of these leaf gives brick red colour liquor which is preferred in Punjab, Haryana and Rajasthan. Acquired and planted about 20,000 plants of TRF-I clone of good quality and high yield from south India. Raised a tea plant nursery and shade tree nursery of good quality and high yield clone. Introduced mechanized tea leaf harvesting as well as mechanized pruning. The garden is on the National Highway No.31 which is being developed to four lanes. The nearest major railway station is New Jalpaiguri which is about 50 km. away and the nearest airport terminal is Bagdogra which is about 18 km. away. The garden has very good production capacity and produces very fine quality of Terrai teas. " 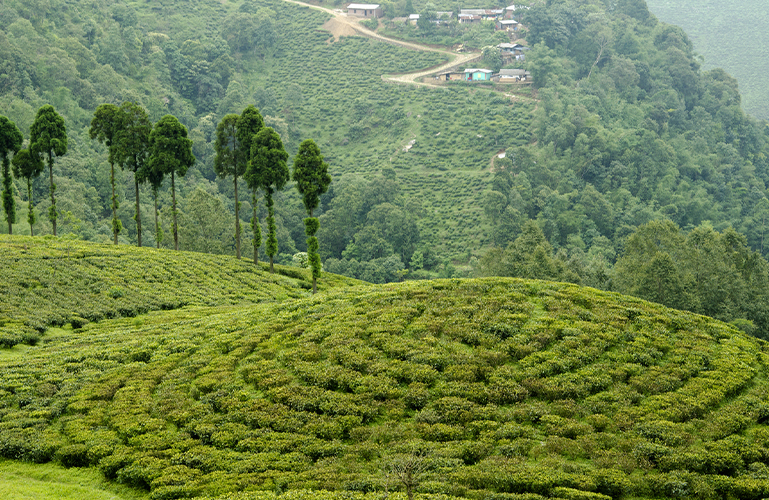 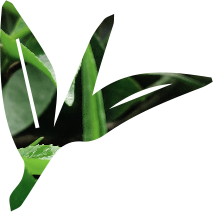